About Us - Some History

How Audio has changed since 1973

David, owner manager at Caxton Audio Brisbane, served as an Electronics Engineer for the RAAF in the Vietnam conflict. Davids job was working on and repairing aircraft stationed in Penang Malaysia. These planes were on the way to and from Australia to Vietnam so it was advanced work.

After his service was complete on leaving the RAAF David returned to Australia and moved to Byron Bay with his family. It was there he noticed that while Byron had many things one thing it didn't have was a Electronics /TV Repair guy. With his RAAF Training he put up a shingle outside his house offering his services to the community.

The repair business was good but what most customers noticed when attending David at home was the music David played. As David had been stationed in Penang Malaysia he had been exposed to the "new" kinds of Hi-FI Stereo gear used by the American servicemen -far different to the English models that was in vogue in Australia at that time - and of course all that crazy good Vietnam era music they played. We have all seen the films Platoon or Good Morning, Vietnam right?

It wasn't long before David was giving friends and customers advice on the best recording to get and the best equipment to play these recordings on. While the advice was good the real problem was there was nowhere to actually purchase these items from in Australia at that time and so David started to import them himself. This proved so popular David soon needed to move the business out of the house and into a dedicated Specialty Audio shop. 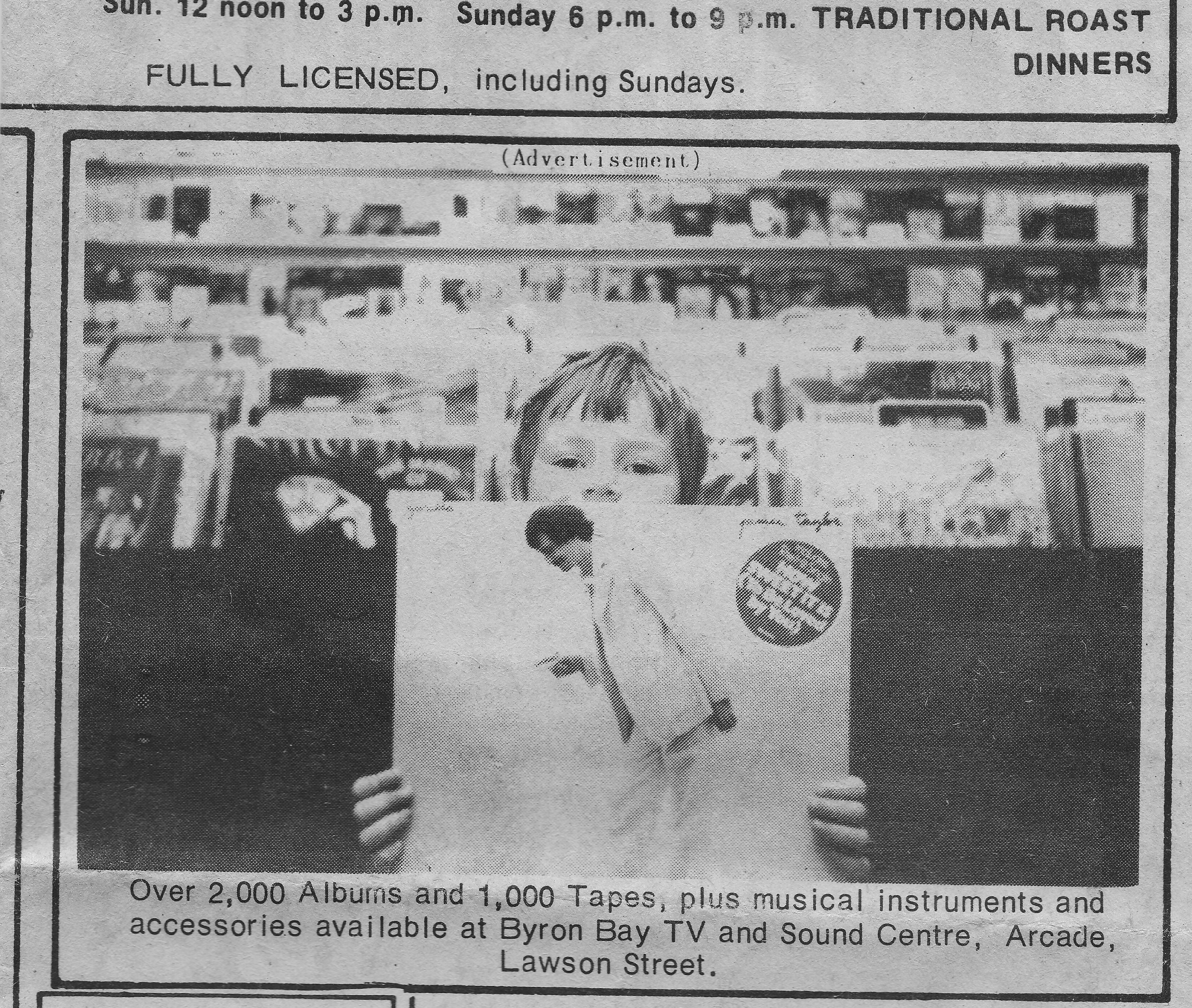 Above image taken from the Local Byron Bay newspaper in 1975 showing the Byron Arcade record and specialty stereo store in the Back ground.

This was the first store called the "Sound Center" and was on Lawson Street in the Arcade in Byron bay established around 1973. The business was still growing every day so it wasn't long before the next move which was into bigger premises at a stand alone building on Jonson Street Byron Bay. 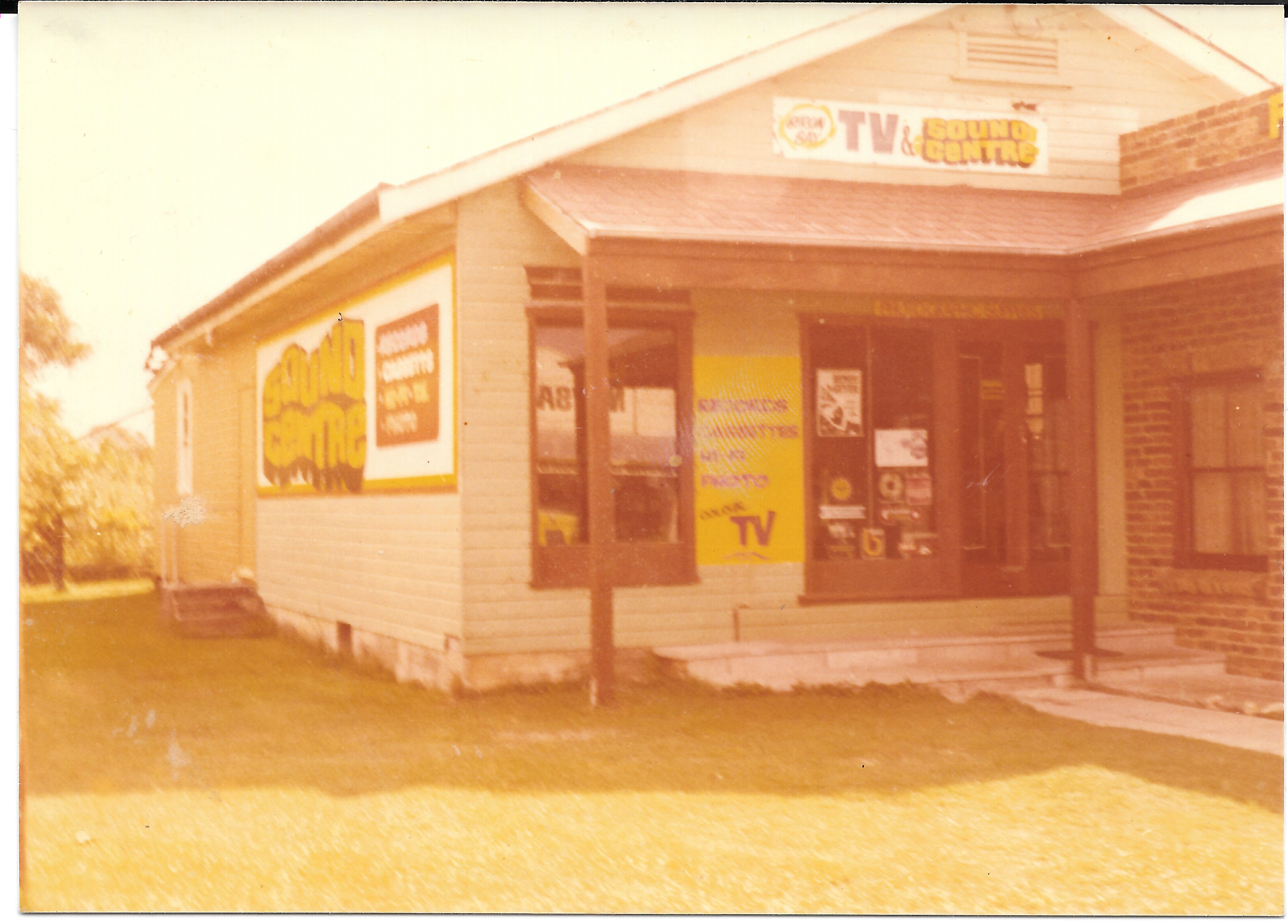 The above image is a photograph of stand alone building, a former RSL hall, which was the location of "The Sound Center" Specialty Stereo store on Jonson Street Byron Bay taken roughly around 1977. For the remainder of the 70s and into the 1980s the business went from strength to strength eventually moving into the capital of Queensland - Brisbane. The location eventually decided on was the iconic Caxton Street and hence the business name change to "Caxton Street Audio" in the 90s. 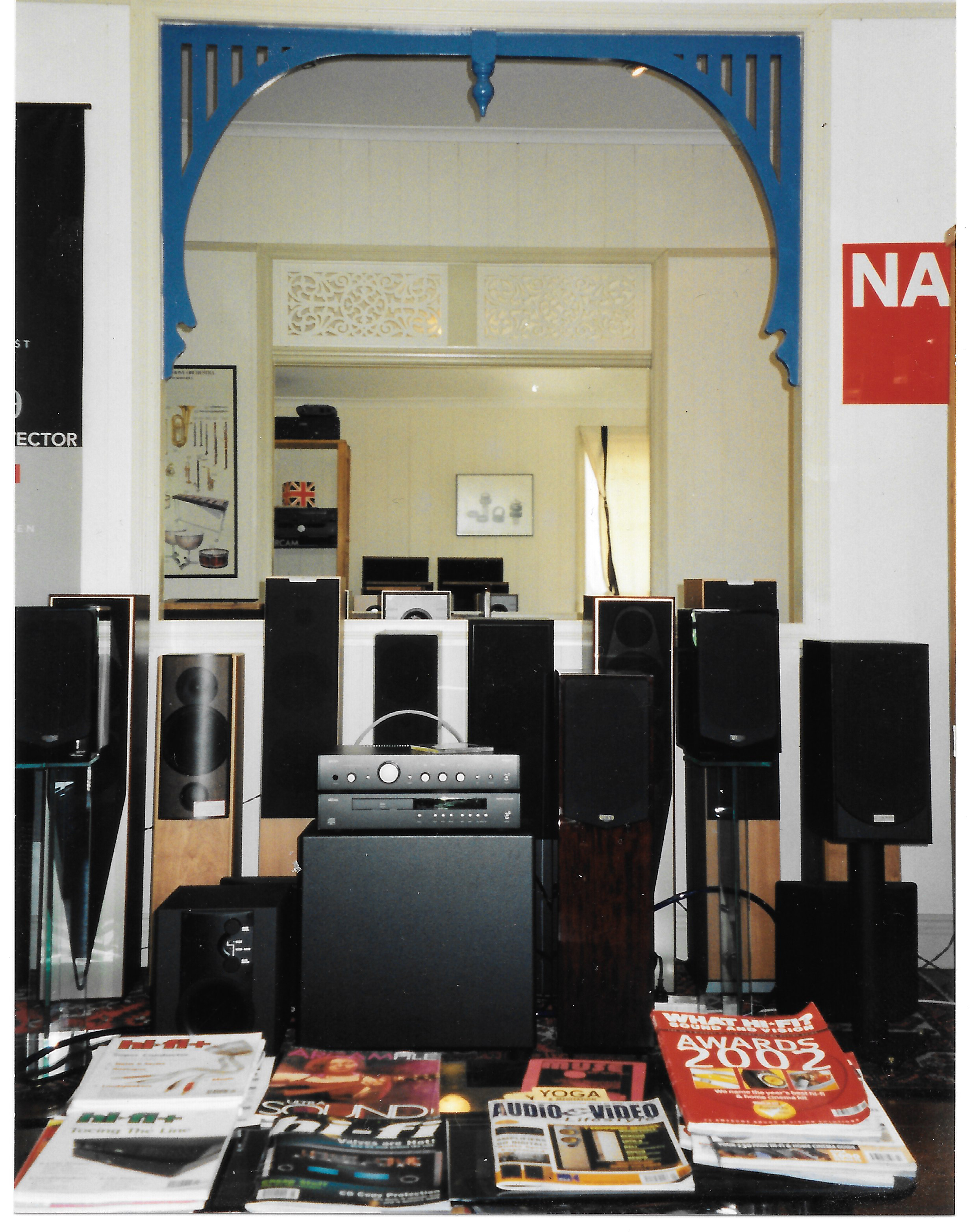 The above image was taken after the move from Caxton Street Petrie Terrace to Latrobe Terrace Paddington in Brisbane. While the store had moved off Caxton Street the Brisbane shop still retains the name "Caxton Audio". Image taken roughly around 2002.

It was near the end of 2004 that the first Melbourne branch opened on Johnston Street in vibrant Fitzroy. This was mainly due to the success of the business on the internet in the early 2000's and the number of inquiries from all over Australia to demo and purchase Caxton Audio's products. The Brisbane store, now "Head Office" caters to the northern states of Australia and the Melbourne branch caters to the south.

At the end of 2015 Sound Reference Melbourne moved, after 10 years on Johnston Street, to Smith street and the current location 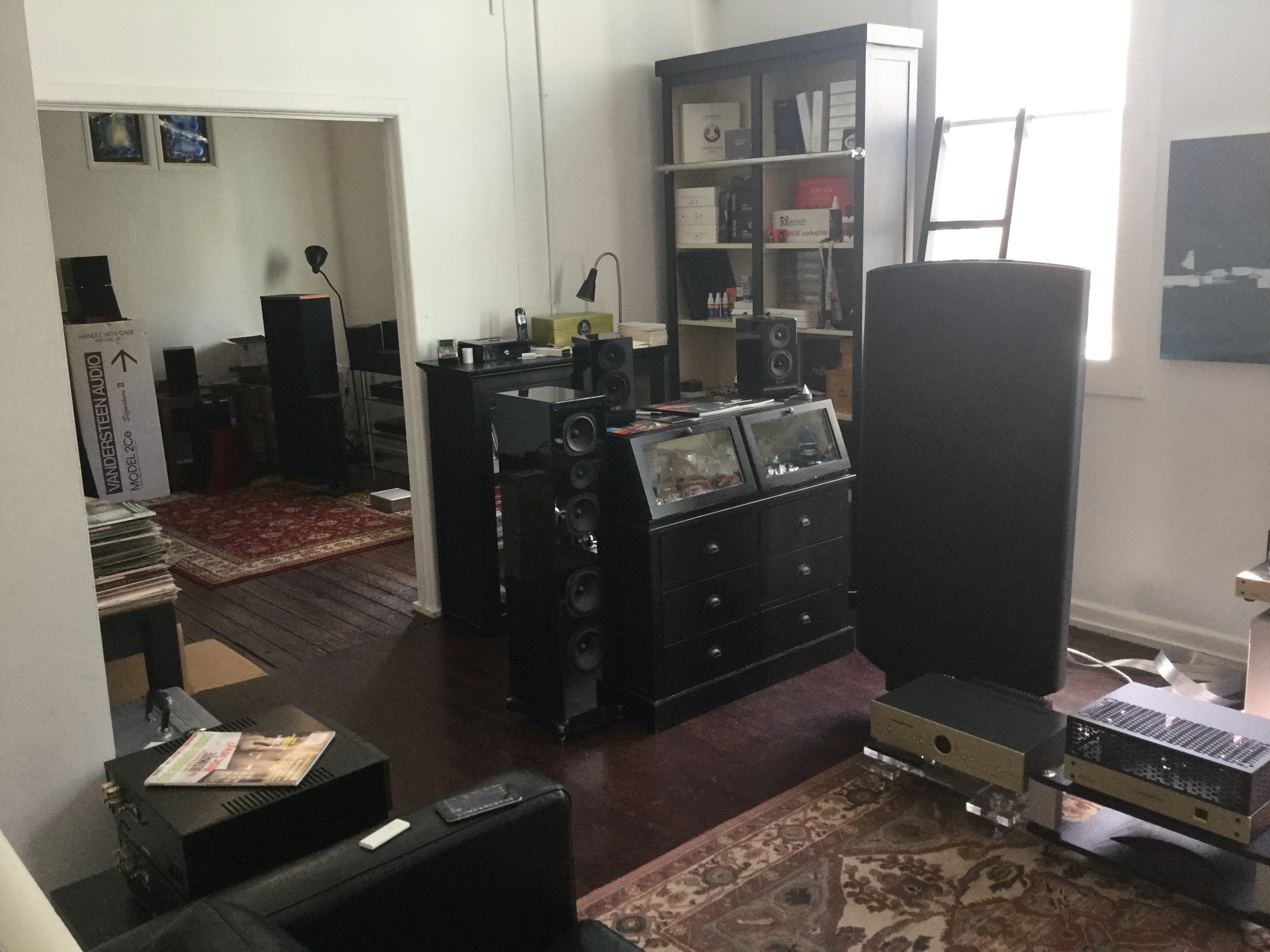 Then on the 23rd of July 2017 the dedicated Sound Reference website launched with shopping cart and eCommerce. Which is where you are now.